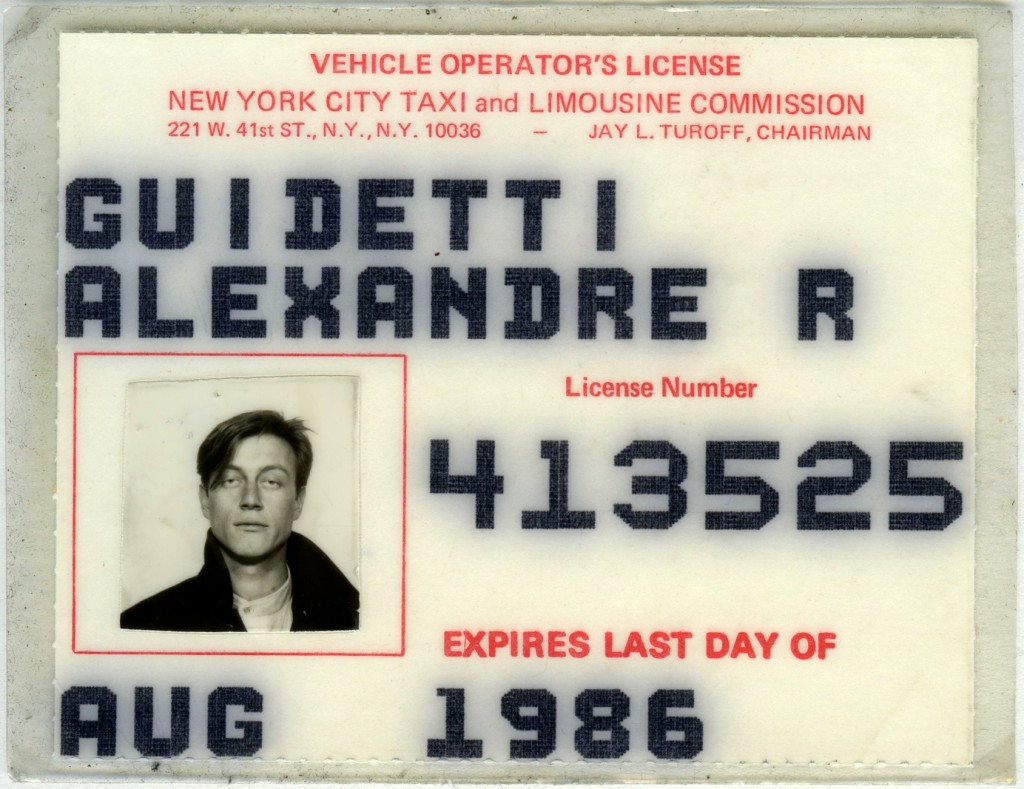 Navigating the streets of 80s New York City as a Swiss Taxi Driver.

When I lived in NYC, I got my medallion taxi license to make ends meet in between Madison avenue jobs and on weekends. (One of my bosses was legendary Madman George Lois. The original Don Draper). It consisted of a one week course attended mostly by fellow immigrants from every corner of the world. We learned the layout of the city like even streets run East, odd West, and avenues run North and South. That you can make a straight run up an avenue at exactly 28mph to catch a continuous line of green traffic lights. And a lot about safety issues, mainly how to stay away from criminal harm. Funny enough we had to keep a log book, similar to that on a boat. Where and when you picked up a passenger and when and where they were dropped off. This was in case there was ever an incident which needed reporting.

I actually really enjoyed driving a Yellow Cab. I buzzed around all over the city. Pretended I was skiing the streets as I slalomed around traffic much too fast. Got to know so many neighborhoods I ordinarily would have never been to as a civilian. It was the 80s, and back then drivers did not like leaving Manhattan. We lived in Brooklyn, and we had a 1 in 3 chance to get a cab to take us across the bridge. Drove me crazy when the driver asked where we are going and drove off when he heard Brooklyn. And I hate to say this, but we were white. We lived in mostly black Ft. Greene and my neighbors had maybe a 1 in 10 chance to get a ride home, just because of their skin color. In revenge, when I drove my taxi I took folks wherever they needed to go. The people I drove to Harlem, Brownsville, The Bronx were the kindest folks and best tippers. And I got to really know The Big Apple.

When I was a Swiss Taxi Driver, I had hair. It was a bit after the De Niro/ Scorcese cult movie. Still, it was when Times Square was seedy and RunDMC was bouncing off the brownstones from boom boxes. Fire hydrants cooled off kids and wolves of Wall Street partied like rockstars. When Williamsburg was home to Puerto Ricans and the men with beards were Orthodox Jews and not young hipsters wearing lumberjack wear. I loved the city. Embraced it like it would be my home forever. I proudly wore the I Love NY emblem in my heart and soul. I was a New Yorker as well as a Swiss Taxi Driver.