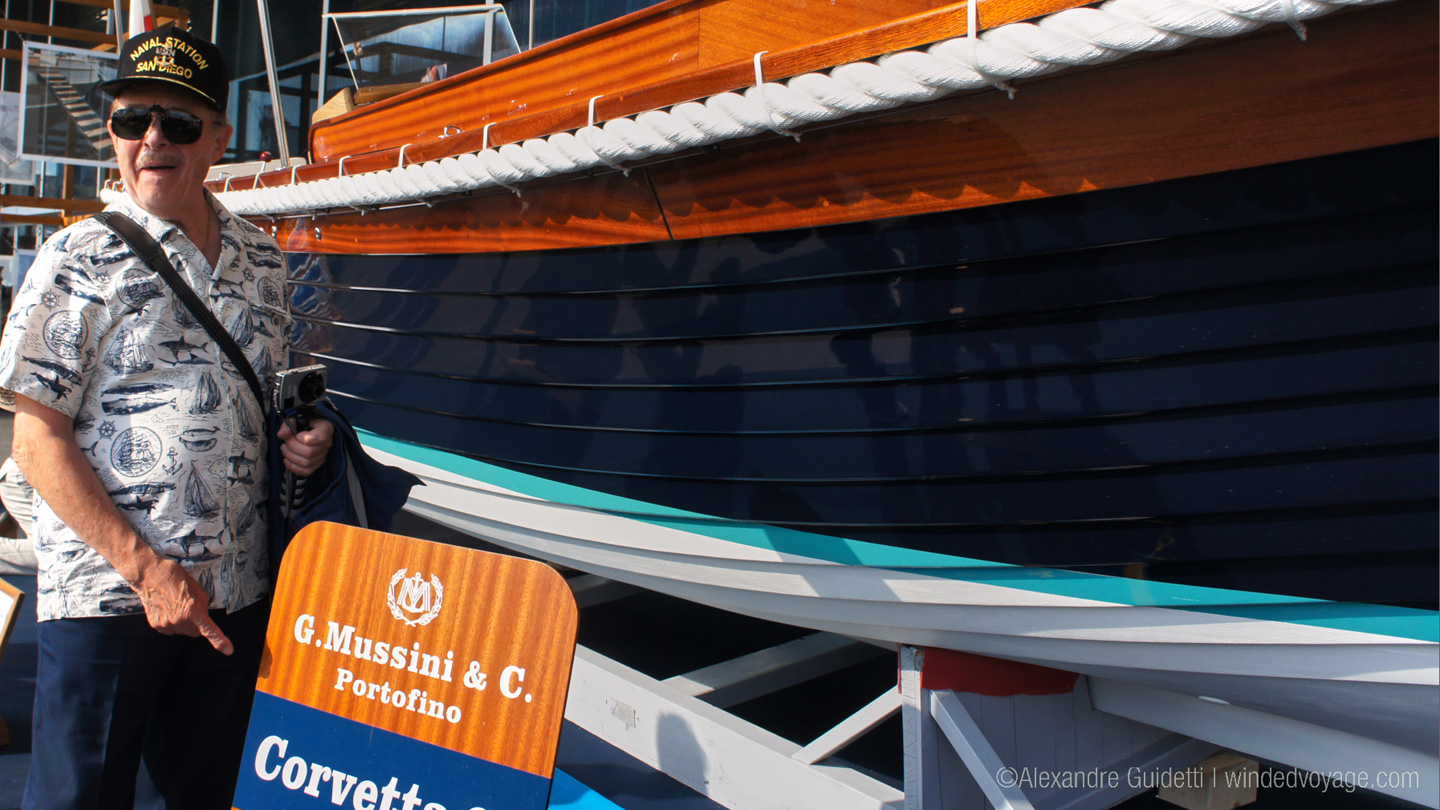 My Neighbor The Sailor

This is German. My neighbor the sailor. When I decided to go to the Genova Boat Show, I told German, and he quietely asked if he could come along. It was so sweet. I’d already invited his son-in-law Fredy, so it was only just to bring German along with us. When we left at 6AM, he came with food and water provisions for the 4 hour drive as well as his Naval Station hat and nautical shirt. I did not really notice until we were at the boat show his marine themed outfit. He was so happy wandering around with us at the boat show. A nautical water-world. It made sense, his apartment is decorated from floor to ceiling with model boats and tons of boating paraphernalia.

German has a story spanning over seventy years. Chilean by birth, German fled the Pinochet regime, settled in Venezuela where he worked in the shipping industry and eventually had to flee another regime to seek asylum in Switzerland where he now lives in the apartment just above me. He’s a big fan of my boating adventures and supports my idea of one day sailing around the world. Tonight he came over and offered me a beautiful model sailboat. I was really touched. So I had to pay him homage. His patronage came by way of a genuine whole hearted support and a symbolic memento of real emotional value. Thank you German!