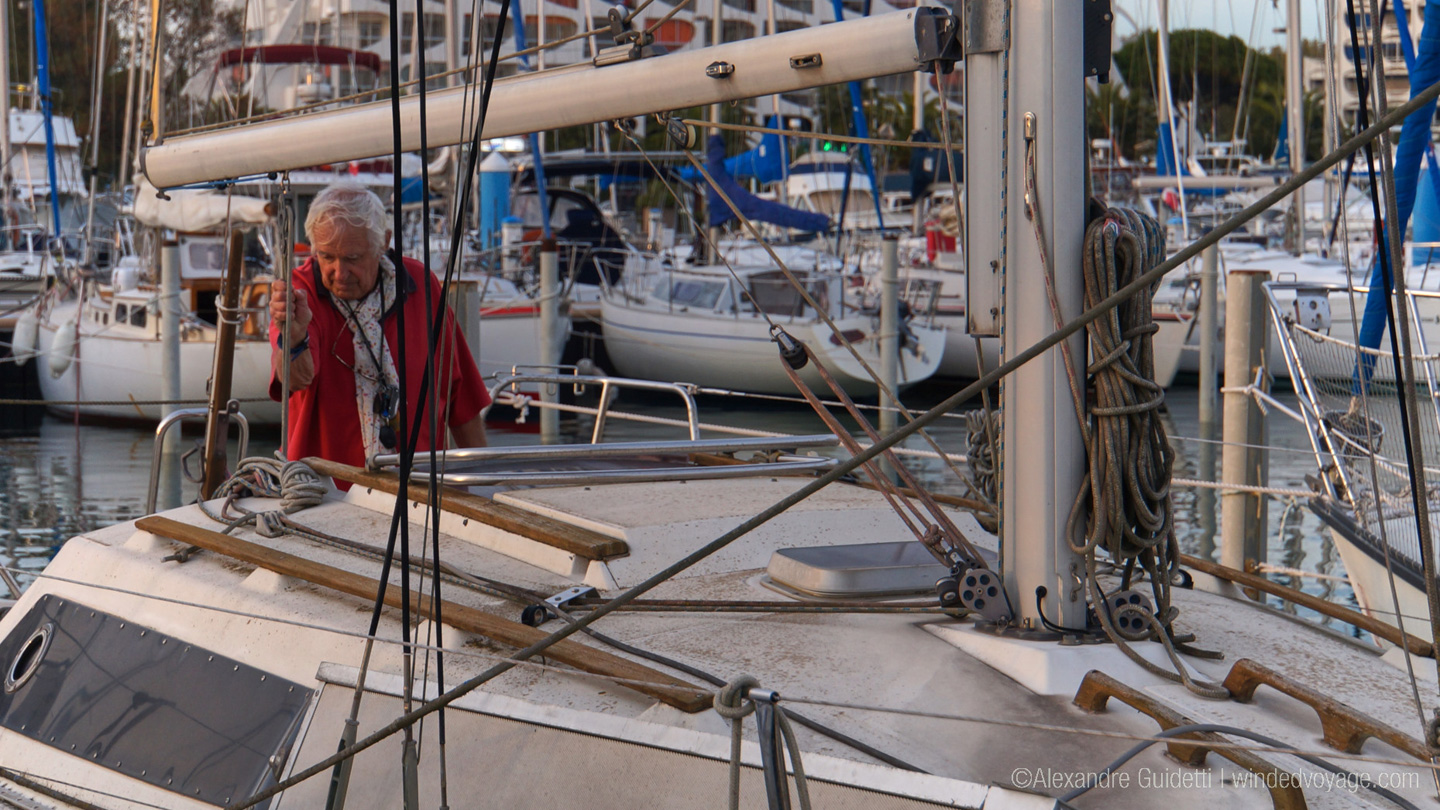 Is Sailing The Fountain Of Youth?

This is Michel Diet, pronounced “deeyay”. He’s seventy-nine and a half years old – he stresses the half. A life long sailor and airplane pilot. Michel lives on his 46ft ketch in La Grande-Motte in the south of France. We were introduced by a mutual friend who suggested I talk to Michel about my project of sailing the oceans. We met in a parking lot across from the harbor. He shows up in shorts, t-shirt and scarves wearing a bright smile. He immediately asks me what kind of sailing project I have in mind, and proceeds to take me out to look at boats no less that thirty two feet in length. If I want to sail the Mediterranean seriously, that length is the minimum to handle the twenty foot swells that sometimes garnish the great European sea.

We look for several hours from one pontoon to another, sort-of window shopping for different boats. He seems to know them all. He’s owned several of them and sailed many. At dinner, Michel tells me a story of how he delivered a boat for a friend from the Mediterranean to New Caledonia when he was seventy. I repeat 70 years old! And he did this alone! He started with a mate who annoyed him, so he dumped him on the Cape Verde Islands, and crossed the Atlantic alone. Then the Panama Canal and on to cross The Pacific Ocean. It took him about three months.

If there is anyone’s opinion I can trust about boats it’s Michel’s. And if there is a Fountain of Youth, it may as well be the ocean. For Michel is proof that sailing keeps the spirit young and the body healthy. Very happy to have met Michel, and hope to have him as a friend for a long time. And if sailing is the Fountain of Youth, it’s pretty much guaranteed he’ll be a friend for a long time.