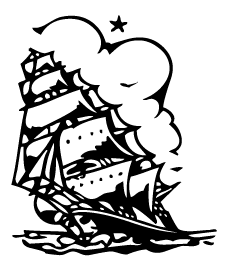 Galopin is in honor of my grand-mother Berthe, or as all of us grand-kids know her as Mémé. She never liked the name Berthe, and always called me Alexandre, but I was also her little Galopin which means little rascal. My Mémé, was the coolest woman in my life. She was born on Christmas Day, so she’s a Capricorn like me. She was adventurous, independent, and caring. She divorced my womanizing grand-father Marcel, remarried a man named Gerard who was raising two daughters alone. In total Berthe raised four daughters. She worked all her life as a seamstress, for the most part as an independent. She did not really like being bossed around, and it was clear that she was the boss of the family. 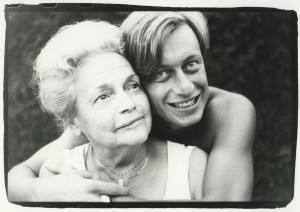 I was the first grandchild, so I got some preferential treatment. When I was four, Mémé took me to Ischia, a volcanic island near Naples where I jumped in hot spa pools splashing old ladies. Then we would go down to the beach to cook hard boiled eggs in the blazing volcanic sand. It was the first time I flew on an airplane. And since my mother was also divorced, I spent more time with my Mémé than with my parents. Everyday I would go to her house in Lausanne, on boulevard de Grancy 34 for lunch. Like a proper galopin, I’d wander and gaze at the city, it’s storefronts, picked up fallen chestnuts and avoided the two bullies who waited for me on the corner just before my grand-ma’s house. One was small, ugly and mean. The other big and stupid. One day, I made a detour to avoid pain and embarrassment and walked into the magic shop just down the street from our apartment on avenue Ruchonnet. I had seen they sold magic wands in their store window, and magic is what I needed. 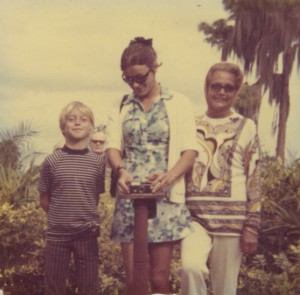 I bought my magic wand, painted glossy black with the two ends white, and took it home to turn the stove into a small elephant so he could be my defender against the bullies. I tapped on the stove, closed my eyes then opened them expecting to have my elephant in the kitchen. But the stove never transformed into my elephant. So I went back to the magic store to explain that my brand new magic wand did not work. The salesman did not take it back or refund me for the faulty tool. He coldly explained that magic wands are fake. That magicians use them to trick people. I then realized that Santa Claus did not exists, nor did the Tooth Fairy or the Easter Bunny. And then God for that matter, even though my mother had me memorize the famous “Our Father“ prayer. My mom may have believed but, I believed she just was coating me with some religious Abracadabra before she went out at night and left me alone in the apartment. We weren’t even Catholic, and never went to church. To me the closest thing to God was Berthe Elise who was born on Christmas Day, and my other granny who was called Angèle. 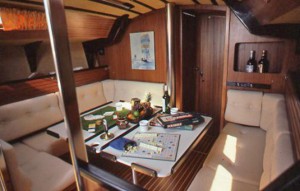 The salon with room for tall people like me

So for this long-winded reason, I shall keep the name Galopin in honor of my Mémé. I considered renaming the boat Berthe Elise, but it’s bad luck to rename a boat, and anyways, Mémé hated her name Berthe Elise. It is decided that my boat will remain a little rascal called Galopin. And I’ll be sailing Galopin from now on, a 1981 Jeanneau SunFizz 40. A solid elegant French 40 foot beauty. She’s strong, with a powerful 50CV Perkins engine and a solid competitor in all sailing conditions.

She’s designed by renown architect Philippe Briand who drew her a sexy sleek design. Plus she’ll be able to go where others can’t with her retractable keel. And when she’ll be wearing her sand colored canvas dodger and bimini on the large comfy cockpit, she’ll look like she’s dressed in a French bikini. she can accommodate tall people like me and my brother who are nearly 190 cm. (6’4″) in the big salon, two double aft cabins, full galley, two heads and a forward suite. She’s adventurous yet secure as she’s already been across the Atlantic and back. She’ll be my lady, my vessel, my home, my office, my pride, and in a way my elephant. She will be my trusted partner in the production of a contemporary living adventure series. Merci Mémé, I know you’ll be protecting your little rascal and all my passengers when I’ll be sailing Galopin.